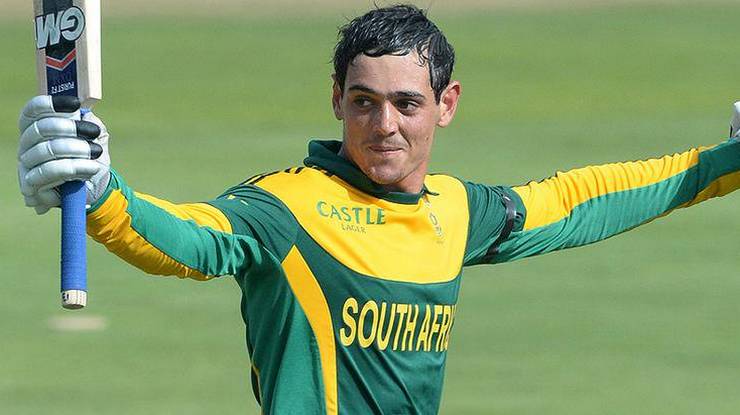 SharjahQuinton de Kock, who pulled out of the previous match for refusing to take a knee in symbolic support in the fight against racism, took to the field on Saturday in the Super 12 match of the T20 World Cup between South Africa and Sri Lanka. De Kock had made himself available for the remaining matches of the T20 World Cup by issuing a statement on Thursday. He said that if getting down on his knees helped educate others, he had no problem in doing so.

Significantly, the South Africa board had directed all players to be a part of the Black Lives Matter campaign with one of the 3 physical appearances before the start of the match. De Kock refused to do so and withdrew himself from the match against West Indies.

Reeza Hendrix was included against West Indies in place of Quinton de Kock. Reeza played an innings of 39 runs in 30 balls. In this innings, he hit 4 fours and 1 six. He has also been given a chance against Sri Lanka today.

South Africa captain Temba Bavuma won the toss and elected to bowl in the 13th match of the T20 World Cup 2021 against Sri Lanka on Saturday. Wicket-keeper batsman Quinton de Kock, who made himself unavailable in the previous match, made a name for himself in the South African team. has returned. Heinrich Klaasen is seated outside. Whereas Sri Lanka is playing with the same team.