DubaiNew Zealand’s premier fast bowler Trent Boult hoped that he will be able to exploit the weakness of the Indian batsmen against left-arm pacers in the same way Shaheen Shah Afridi did in the crucial match of the ICC T20 World Cup on Sunday.

The 21-year-old Shaheen of Pakistan took the wickets of Rohit Sharma and Lokesh Rahul in his first two overs. Pakistan won this match played on Sunday by 10 wickets.

Having seen the Indian top-order being dismissed against a left-arm pacer, Boult wants to do the same in a knock-out match between the two countries.

In international cricket, Bolt has 71 wickets in 16 matches against India. He has an excellent record against his Mumbai Indians captain Rohit Sharma, where he has got out thrice in 7 T20 innings. During this, Bolt has given only 29 runs in 24 balls against Rohit.

On the eve of the match against India, Boult said, “It was wonderful to see Shaheen bowling that day as a left-arm bowler. My ball swings a bit too and from that point of view I hope I can do what Shaheen did that night. Bolt has also troubled the Indian batsmen many times, including in the semi-final match of the 2019 ODI World Cup. In this match, he walked captain Virat Kohli while fellow pacer Matt Henry showed Rohit and Rahul the way to the pavilion, making India three for five while chasing 240.

Boult said, “India have a great batsman, so it is important for us as a bowling group to take wickets early in the innings.” So far in the tournament, the chasing teams have been more successful.

“There will be many challenges against India,” Bolt said. They have a great batting line-up. We just need to be clear with our options on how to stop their players. You obviously want to give them as big a target as possible.” New Zealand also suffered a loss against Pakistan, so both the teams would like to open their account of victory. 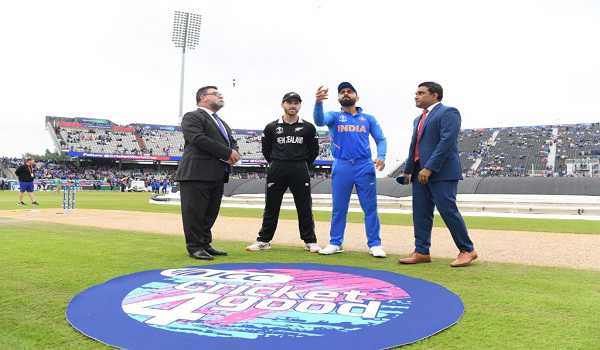 Bolt said, “The players of the team are excited to face India. We failed to make a great start against Pakistan. Pakistan’s team is playing very good cricket right now.” Wins against India in recent ICC tournaments like the ODI World Cup and World Test Championship will give New Zealand a bit of an edge but Bolt doesn’t believe so.

“I would not say that we will have the upper hand,” he said. There are many great players in both the teams. Some of the players have played here in the IPL and apparently they have good relations with the Indian players. We are hoping that we will do well tomorrow.” He told that the team’s opener Martin Guptill is fit for the match.