Shakib had said that this time we will go to win the T20 World Cup, Bangladesh could not win a single match of Super 12

Dubai:Shakib Al Asan, the best all-rounder of T20, had said before the start of the T20 World Cup that this time Bangladesh will go into the T20 World Cup with the intention of winning not just playing. Because she had defeated teams like Australia and New Zealand in her home series.

But as soon as the T20 World Cup started, Bangladesh lost their first match to Scotland by 5 runs. The team’s batting against Oman was also poor but Oman did not have the experience of chasing the target, so it won the match somehow and came to Bangladesh Super 12 but could not survive against the big teams.

Bangladesh lost one or two not five matches in a row and failed to win a single match of Super 12. Bangladesh could only give a little fight to West Indies which beat Bangladesh by 3 runs in the last ball. All other matches were one-sided.

Clearly Bangladesh’s arrogance also went out against Australia yesterday, which they had won the series on their own ground shortly before. Tomorrow Bangladesh must have come to know the difference between a series win and a World Cup match.

Due to this Bangladesh are at the bottom of the points table and could not even open their account and the net run rate is also -2.383. Australia beat Bangladesh by 8 wickets, defeat the fifth of the tournament

Bangladesh’s innings was torn apart like a pack of cards. None of his batsmen could face the fast bowlers and spinners of Australia. His team got out for 73 runs in just 15 overs after being invited to bat first.

Australia also improved their net run rate by scoring 78 for two in 6.2 overs. Finch scored 40 runs in 20 balls with the help of two fours and four sixes. He added 58 runs for the first wicket with David Warner (18 off 14 balls).

Zampa took five wickets for 19 runs in four overs. Apart from them, fast bowlers Mitchell Starc (2 for 21) and Josh Hazlewood (2 for 8) took four wickets while all-rounder Glenn Maxwell (1 for six) sent a batsman to the pavilion. 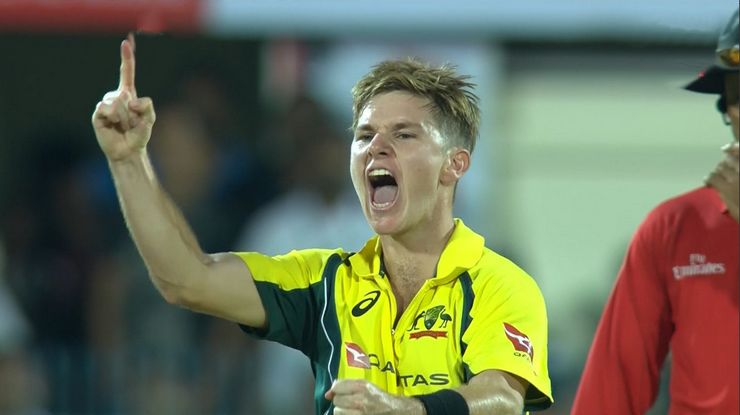 Australia had a small target and Finch wanted to reach the target in the least number of overs to improve the net run rate. They targeted Mustafizur. The Australian captain started with fours and sixes on this fast bowler and then hit a six in the next over as well. Warner also hit three fours in this over of Mustafizur.

Finch hit two consecutive sixes on Taskin Ahmed but this fast bowler bowled him in the same over. Shoreful Islam smashed Warner’s bails but Mitchell Marsh (16 not out off five balls) took the team to the target soon after the powerplay. He hit the winning six in the deep midwicket area on Taskin.

Bangladesh were at one point struggling at 33 for five after a top-order collapse. Mahmudullah and Shamim raised hopes of a comeback midway. Shamim meanwhile also hit the only six of the innings on Zampa.

After Shamim was dismissed by Zampa, Mahedi Hasan was dismissed leg before on the next ball. He had a chance for a hat-trick on the first ball of the next over but wicketkeeper Matthew Wade dropped the catch.