India’s debut in this T20 World Cup may have been sad but the end was a bit pleasant. Chasing the target of 133 runs given by Namibia, it was quite easy for the Indian batsmen and India won the match by 9 wickets.

Rohit Sharma scored very fast in the opening partnership of 79 runs by Rohit Sharma and KL Rahul. The hitman scored 56 off 37 balls, which included 7 fours and 2 sixes, before passing his catch to the wicketkeeper off Franklin’s delivery.

After this, Suryukmar Yadav came in his place and KL Rahul, who was already frozen on the pitch, opened his hands. KL Rahul completed his half-century in 35 balls and gave India victory in the 16th over.

Suryakumar Yadav scored 25 runs in 19 balls with the help of 4 fours and KL Rahul scored 54 runs in 36 balls which included 4 fours and 2 sixes. Virat Kohli, who was playing his last T20 match as captain, did not have the chance to bat. Earlier, he did not even bat in Afghanistan match. 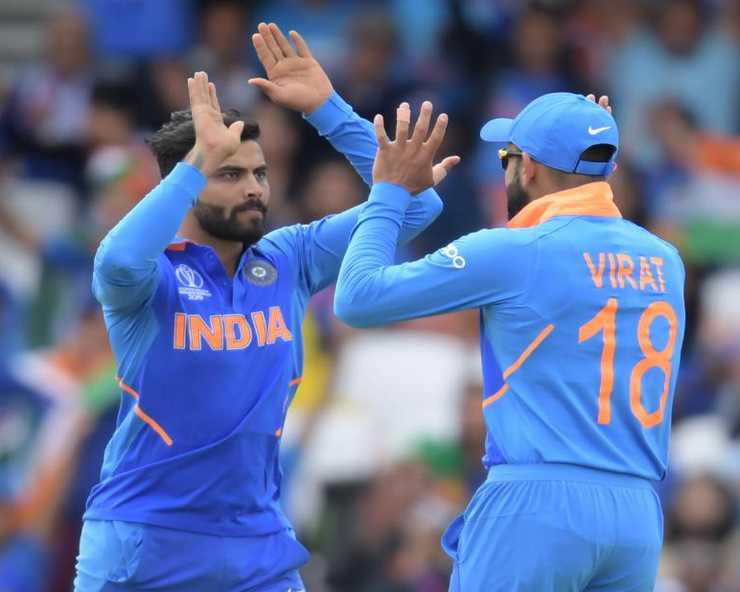 Namibia lost wickets at regular intervals and only David Wiese (26) and opener Stephen Byrd (21) were able to cross the 20-run mark. However, India also gave away 17 extra runs to help the team reach a respectable score.

Chasing the target, Rohit Sharma was lucky on his very first ball when he was caught at short fine leg and the ball went for four runs. The unfortunate bowler was Ruben Trumpelman. Taking advantage of the lifeline, Rohit welcomed YC with fours and sixes.

Rohit completed 3000 runs in T20 International cricket with a four on Trumpleman. He is the third batsman to achieve this feat. Before him, Indian captain Virat Kohli and New Zealand’s Martin Guptill have achieved this feat.

Rohit continued the attack with a four and a six off left-arm spinner Bernard Scholtz while Rahul took the delivery of YC into the visitors. India scored 54 runs in the power play without losing any wickets.
Rohit scored a four on Smit and then completed the 24th half-century in 31 balls with a run.

Rahul hit a six off Jane Frylink while Rohit too tried to hit the same pacer for a six and waved the ball in the air and wicketkeeper Jane Green made no mistake in taking the catch.

Suryakumar Yadav also hit a four on Jane Nicole Lofty Eaton as soon as he came and in his next over also saw the ball for the boundary. India’s century of runs was completed in the 12th over. Both Rahul and Suryakumar hit fours on Trumpleman.

India needed 11 runs to win in the last six overs and Rahul and Suryakumar took India to the target with ease. Meanwhile, Rahul also completed his fifty in 35 balls with a run off Lofty Eaton.

In his 50th and final match as captain of India’s T20 International team, Virat Kohli won the toss and elected to bowl, followed by Michael Van Lingen (14) hitting Bumrah for two fours in the second over while Stefan Bard (21) struck. The team got a positive start by hitting a six on Mohammed Shami.
Lingen, however, tried to pick up Bumrah’s bouncing ball and gave it a simple catch to Shami at mid-off.

In the next over, Jadeja stumped Craig Williams at the hands of Rishabh Pant without opening the account. Namibia scored 34 for two in the power play. Bard hit his first boundary on Jadeja but the left-arm spinner took him leg before in the same over. Namibia’s century of runs was completed in the 17th over. YC also became a victim of Bumrah after this, due to which the Namibian team failed to collect runs fast in the last overs. Vaisi hit two fours in his 25-ball innings.

Ruben Trumpelman (13 not out in six balls) and Jane Frylink (15 not out) took Namibia’s score past 130 runs.