Dravid has a golden opportunity to remove the criticism of his captaincy from coaching, but these challenges will be in front

New Delhi: During the tenure of his captaincy, Rahul Dravid saw the dark face of ‘Superstar Power’. He announced the end of India’s innings when Sachin Tendulkar was playing for 194 runs. Then he was criticized a lot. Also his strategies as captain were often called defensive. During his captaincy tenure, some senior players did not listen to him, some refused to change their batting order.

In the end, he had to resign. Rahul Dravid quit the ODI captaincy 1-2 days before India was about to play its first match against South Africa in the T20 World Cup. However, before this, he had led Team India to its first Test victory in South Africa and a series win in England. Yet his tenure is considered ‘incomplete’. Rahul Dravid captained in 79 ODIs in which Team India won 42 and lost 33.

Not much has changed in India’s limited overs cricket since Dravid’s retirement. Most of the team’s batsmen want to bat in the top three when the ball is fresh and hard. This problem also cropped up in 2006/07 when Dravid was the captain and Greg Chappell was the coach. Then he sent the most versatile batsmen of the team to the middle order. Now what solution he will bring to this problem, it will be a matter to be seen.

Have to do two hands with star culture

Perhaps this is the reason why for a long time Rahul Dravid was reluctant to take over as the coach of Team India. Now that he is ready, he again faces the same challenges that came under his captaincy. Team India is still full of superstar players.

The Indian team has won two consecutive series in Australia, is just one step away from a series win in England, is unbeaten at home and has reached at least the semi-finals of the last eight ICC tournaments.

In T20, he has to handle the team with Rohit Sharma but in Tests and ODIs it will be a little difficult to handle the team with Virat Kohli. Earlier, Virat also had a rift with coach Anil Kumble and he resigned. On the other hand, Rahul Dravid is considered to be a more disciplined coach than Anil Kumble. In such a situation, what is his behavior towards the big players of the team, it will be worth seeing.

However, this is a very important and change time for Team India. Many of the key players of the team are almost at the end of their careers. Captain Virat Kohli has also given indications of leaving the captaincy of T20. His vice-captain, Rohit Sharma, is older than him. Apart from this, many players like Shami, Ashwin, Pujara and Rahane have crossed the age of 30. Along with the selectors, coach Dravid will also have to be very careful in this transition period. Earlier the team management had to face some special challenge within the team. There was no senior or tough character in front of captain Kohli either. When coach Anil Kumble came in the middle, he had to withdraw in an unfortunate manner.

Improvements have to be made in limited overs cricket

The challenges for Dravid on the field are pretty straightforward. The Indian team is already doing well in Test cricket, but the condition of the team is not that good in limited overs cricket. It continues to be defeated in knockout matches of ICC tournaments and despite being the biggest T20 league in the world, is still on the verge of a first round exit of the T20 World Cup.

Dravid’s work will be evaluated from the 2nd World Cup

There are two limited overs World Cups to be held during Dravid’s tenure. Next year is the T20 World Cup again in Australia, while in 2023 India will host the One Day World Cup. Dravid’s tenure will be evaluated somewhere on the basis of the results of these two tournaments.

Dravid’s experience as a player, captain and coach is vast. Apart from the national team, he has also been the captain and coach in the world’s toughest league IPL. This experience will come in handy for them. Apart from this, most of the players in front of him will be the same players whom he has trained during the tenure of Under-19, India-A or NCA. 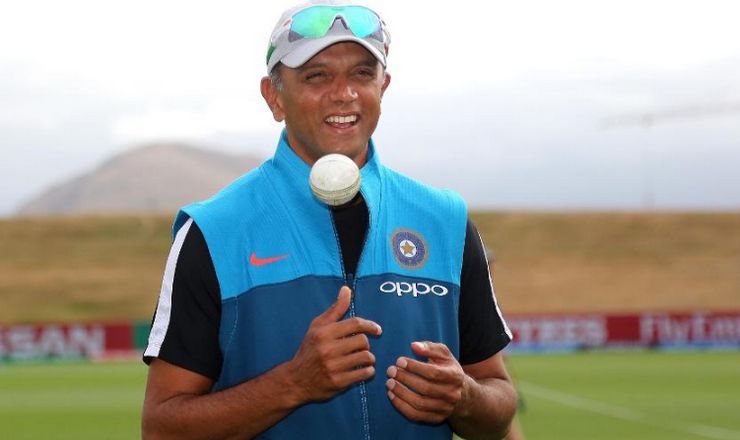 Mental and physical health of players is also a challenge

Apart from this, the mental and physical health of the players will also be a challenge for Dravid. Captain Kohli has also expressed concern over India’s busy cricketing schedule in the press conference. Perhaps now it is the need of the hour that India create a completely different limited-overs team on the lines of England. He can absolutely do that with the consent of the BCCI.

The Test cricket schedule is very simple under Dravid’s tenure. India have to tour South Africa at the end of the year, who are not in their best form yet. Apart from this, he has to go to England to play a Test match of the unfinished series, in which he is already taking the lead. However, there are many such Test specialist players in the team, whose consistency has been questioned. Dravid will have to find answers to these questions as well.