Asif scored 52 runs in three matches for Pakistan during the ongoing ICC T20 Men’s World Cup in October with a strike rate of 273.68.

Asif’s 12-ball 27 not out helped Pakistan beat New Zealand. But the next match brought him into the limelight. Pakistan needed 24 runs in the last two overs against Afghanistan and Asif hit four sixes in the 19th over to give victory to the team. He has hit 7 sixes.

His supporters believed that Asif did not get enough opportunities, while his critics said that he should not have got this opportunity too. But in two consecutive matches, Asif proved his critics wrong. 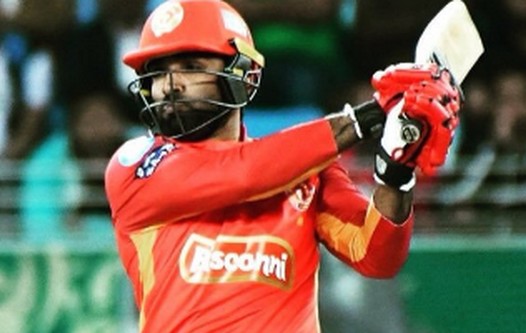 Asif specially thanked former Pakistan coach Misbah-ul-Haq, who had earlier coached Faisalabad in domestic cricket as well. Asif said that he has worked hard on me and I will be grateful to him for life.

Commenting on Asif’s performance, Irfan Pathan, member of the ICC’s Voting Academy, said, “Helping a team to win, especially from the brink of defeat is what makes Asif Ali special. And he did it not once but twice.

“Though he scored less runs than the other two designated players, his contribution and the pressure he took to lead the team to victory made the difference,” he said.

Ireland captain Laura made an impressive showing during their 3-1 win in the One Day International series against Zimbabwe. Apart from scoring 189 runs at an average of 63, he also took four wickets at an average of 27.