Dubai: Jason Roy was the Player of the Match in England’s last Men’s T20 World Cup semi-final. He scored 78 runs in 44 balls against New Zealand in 2016. At the same time, he did well in league matches after returning from injury in the 50-over World Cup. But now Jason Roy has been ruled out of the T20 World Cup due to a calf injury.

He has been replaced in the England squad by James Vince, who along with Liam Dawson is already with the team as a reserve player and was also accepted by the International Cricket Council (ICC) technical team.

Roy suffered this injury in the final match of the Super 12 match against South Africa, in which England suffered their first defeat of the tournament. Earlier, he felt pain in his legs while fielding and was holding his muscles. After this, when he came out to bat, he had to retire hurt due to pain in the fifth over. He left the field limping with a hand on the shoulders of Team Physio and Tom Karen.

Roy had said, “I am saddened to be out of the World Cup. It is very difficult to accept this bitter truth. I will be here to support my team and hopefully our team will lift the trophy. This one so far. It’s been an incredible journey. The players in our team have to believe in themselves and focus on the match.”

Roy further said that his rehab has begun and is hopeful that he will do his best to prepare himself before the Caribbean T20 tour early next year.

England captain Eoin Morgan said after the match against South Africa that Roy was “incredibly important to the team”. Morgan said, “Roy is a very important player to the team. He batted well for the team at the top of the order with a lot of aggression. We are deeply saddened by his absence in the team and are also praying that his injury does not become more serious.” 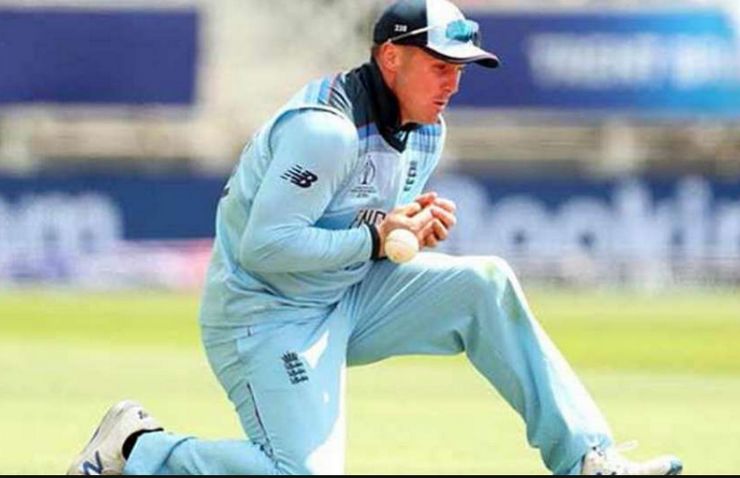 England fast bowler Tymal Mills has been ruled out of the T20 World Cup 202. Mills suffered a strain on his right thigh and was forced out of the competition. In his place, Reece Topley was included in the team. Topley is currently in the United Arab Emirates with the English team, as he was with the team as a reserve player. But now Topley is part of the main party.

Mills suffered a strain on his right thigh during the Super-12 match against Sri Lanka in Sharjah, and scans revealed his injury to be serious, which led to Mills returning to the team after four years in an unwelcome fashion. I was exhausted. The injury of both the players was unfortunate.

Both these players can be missed by the England team in the semi-finals. Sadly for England, both the players were injured in unfortunate ways. Both were not injured by the ball or by hitting a player.

While Jason Roy injured himself while taking a run, Mills was just taking a run up and only then had indicated that he would no longer be able to bat. Mills used to diversify England’s bowling line-up as he was a left-arm bowler.