There are 3 players in the Pakistan-Australia T20 World Cup semi-final match held 11 years ago, in the current team, Smith has turned from bowler to batsman.

An interesting thing is that 3 players of this semi-final are still present in the current Australia and Pakistan team. Let’s take a look at these players.

David Warner- In this match, David Warner came against Pakistan as an opener. However, he could not even open his account and was given his catch to keeper Kamran Akmal off Mohammad Amir’s delivery. He would not like it to happen even today, although there is no Amir in front, but Shaheen will definitely have a bowler similar to him.

Steve SmithFans will be surprised to know that Steve Smith had landed in this match as a bowler and proved to be very expensive too. He took the wicket of Pakistani opener Salman Butt for 23 runs in 2 overs.

When he came to bat, he was stumped by Akmal for just 5 runs off Ajmal’s delivery. But today he will come as a batsman for Australia because for many years he has been the backbone of Australia’s batting. However, he is not known for scoring runs as fast in T20.

Mohammad Hafeez- Pakistan all-rounder Mohammad Hafeez has been associated with the Pakistan team for a long time. He could not bat in this match but could not do anything amazing in bowling. Hafeez gave 20 runs in 2 overs.

Although Shoaib Malik, who played in the Pakistan team, was also part of the team of T20 World Cup 2010, but in this match he was not included in the playing 11.

what happened in that match

At a time where Australia were essentially on the brink of defeat, Mike Hussey played an astonishing knock and brought the team to the threshold of the final. Hussey shared a partnership of 53 runs in just 16 balls with Mitchell Johnson for the eighth wicket.

Pakistan scored 191 runs in 20 overs for the loss of 6 wickets. Australia made 197 runs for the loss of 7 wickets with one ball remaining. The winning six also came off the bat of Mike Hussey. Australia had to score 34 runs in 12 balls and 18 runs in 6 balls at one time. Pakistan’s Saeed Ajmal bowled the last over, in which he conceded 21 runs and thus Pakistan lost the semi-final match. 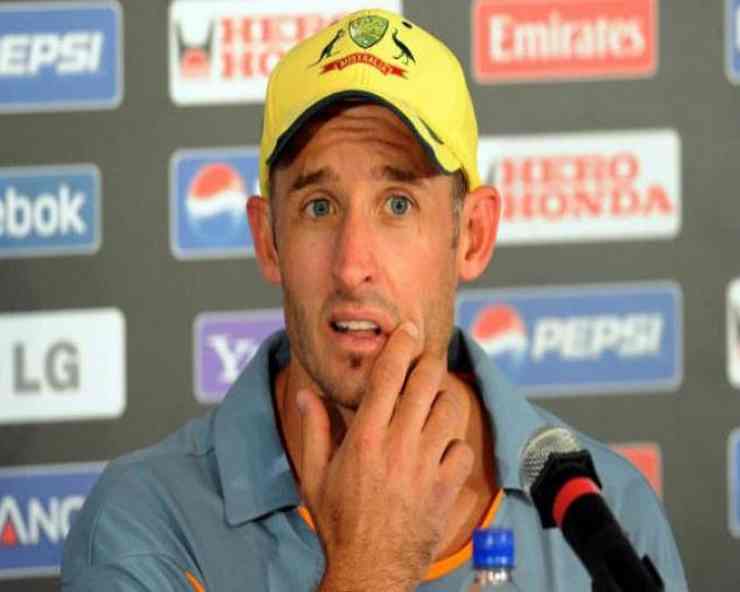 Earlier, Pakistan’s opener Kamran Akmal made a brilliant 50 off 34 balls with the help of 6 fours and 2 sixes and shared 82 runs with Salman Butt (32) for the first wicket. Umar Akmal, who landed at number three, scored 56 runs in 35 balls with two fours and four lofty sixes and was not out till the end.

Australia won the toss and invited Pakistan to bat first and Dirk Nannes justified this decision to a great extent by keeping the first over maiden. Shaan Tait also gave only three runs in the second over. Kamran took a total of 11 runs in the third over with two consecutive fours to Nance and from here Pakistan’s screws were tight on the match.

The fourth over of the innings also proved to be very expensive. In this, Butt took 13 runs by hitting three fours. Kamran also got life in the seventh over when wicketkeeper Brad Haddin dropped his easy catch on a personal score of 16. At this time Pakistan’s score was 41 runs without any loss in 6.1 overs.

Taking full advantage of this, Kamran had hit a four and a six in the same over as soon as he got the life. Butt and Kamran didn’t spare any bowler and went on to brawl fearlessly for nine overs.

The fourth ball of the tenth over brought the first blow for Pakistan when Mitchell Johnson hit Kamran. Kamran’s excellent drive was converted into a brilliant catch by David Warner, but by then Kamran had completed his half-century.

After this the run-rate slowed down a bit and Butt was also running on the first ball of the 11th over. Umar got a chance to open up after both the openers were dismissed. For some time he played with restraint. Meanwhile, captain Shahid Afridi (8) had cheaply become a victim of David Hussey.

Newcomer Khalid Latif had tried to show aggression as soon as he came, hitting a six and a four, but on the last ball of the 17th over, Nance’s delivery was caught by Warner in the process of taking it out of midoff.

Despite these setbacks, Umar’s stance had become aggressive. In the 18th over, he took 24 runs by hitting three sixes to Johnson.

Abdur Razzaq could only score 12 runs but he supported Umar well. Misba-ul-Haq, who came back after Razzaq’s runout, was run out without opening an account. In this way, Pakistan had scored a huge total of 191 runs for the loss of six wickets in 20 overs.