From Inzamam to Akram, Hasan Ali received abuses, so these cricketers protested

KarachiPakistan pacer Hasan Ali, who is facing criticism for dropping a catch by Matthew Wade in the ICC T20 World Cup against Australia, has got the support of former cricket stalwarts of the country like Wasim Akram and Misbah-ul-Haq.

former captain of pakistan Akram, Waqar Younis, Rashid Latif, Misbah And Inzamam-ul-Haq Hassan backed Hasan and said it would be unfair to hold him responsible for Pakistan’s five-wicket loss on Thursday night.

Akram questioned, “I don’t understand why a player should be targeted. Hasan has been a great performer for us and has won us matches. Anyone can drop a catch or have a bad day on the field. Does that make him a bad player? He said on a ‘sports channel’, “We do not want the whole country to fall behind Hassan. I have gone through such a situation, Waqar Yunus has gone through it. In other countries, it is just a game for the people. The next day you say that you tried well, today luck did not support you, next time luck will support you.

waqar Backing him, he said, “Nobody does this intentionally. As a former player I can understand it. I have also seen bad times. When you are having a bad day the bowling is not good, catches are missed. I remember how people criticized me after the 1996 World Cup quarterfinal but I think we need to understand that this is a game.

Hassan dropped Wade’s catch when Australia needed 20 runs in 10 balls to win. After taking two runs off this third ball of the 19th over, Wade gave the team victory by hitting three consecutive sixes. Hassan also failed to impress the ball. He conceded 44 runs in four overs.

former wicketkeeper lateef “These players can be mentally hurt by the sharp criticism and trolling on social media. I can tell you that the entire Pakistan team will be disappointed after losing such a big match. 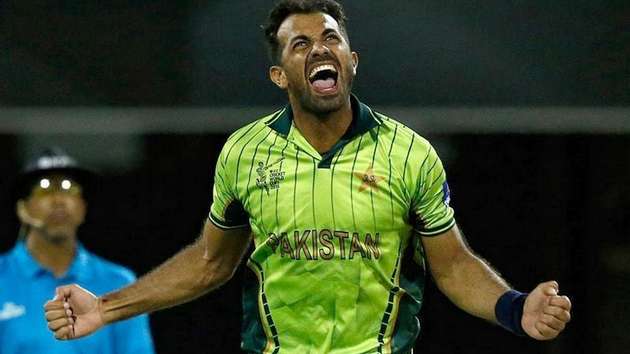 pakistan fast bowler Wahab Riaz Said that it is always difficult to catch a catch in the light of Dubai Stadium. “Nobody drops a catch on purpose,” he said. I think there is a need to keep the morale up and move forward. It was not a very good World Cup for him and his confidence is shaken. (Language)