After Conway’s departure, Phillips will not sift in the final, makes quick runs

DubaiMany match winners were instrumental in helping New Zealand win against England in the semi-finals. While Tim Southee kept the English batsmen tied with the line and length of the Test, Adam Milne took a brilliant catch from Jonny Bairstow at mid-off. But James Neesham’s last minute crackdown and Darryl Mitchell’s savvy batting played a major role in helping New Zealand reach the final of the T20 World Cup for the first time.

New Zealand head coach Gary Stead lavished praise on his team’s combativeness and never-give-up spirit, especially in the toughest conditions in Abu Dhabi. Stead said, ‘I think the most important thing was our spirit of never giving up and fighting till the end. The innings that Jimmy Neesham played was amazing, that’s what brought us back into the match. Mitchell also ensured our victory by standing till the end, and it was a pleasure to watch.”

Conway also played an impressive innings in the semi-finals, scoring 46 off 38 balls. When after the initial setbacks, he had set up the innings and laid a foundation. However, Conway is now out of the tournament due to injury and can be replaced by Tim Seifert sitting on the bench.

Conway has played six matches in the current T20 World Cup and scored 129 runs at a strike rate of 108.40. In fact, Conway had hit the bat with his hand after being dismissed during the semi-final match, after which he felt pain. And on being scanned, the fracture was confirmed in the fifth finger of his right hand. 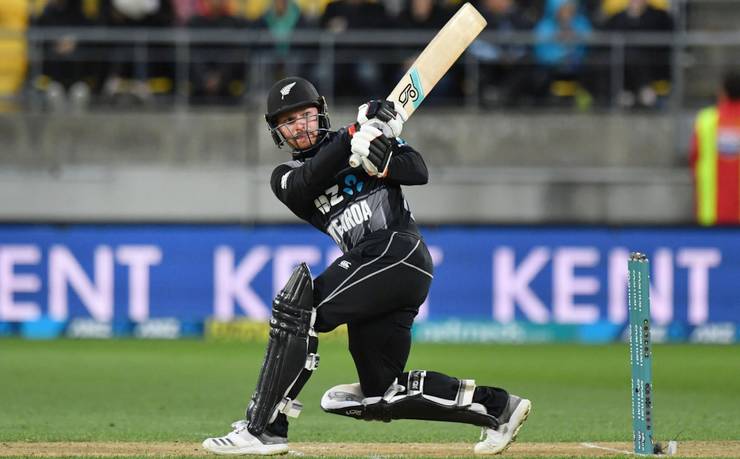 Although Glenn Phillips can also keep wickets but Tim Seifert is also known to score fast runs. Tim Seifert has played 36 T20 matches so far and scored 703 runs at an average of 12. But he has been included in the team due to his strike rate of 136 runs.

Stead said, “Everyone is talking about dew but now it is not making as much difference as it was seen till a few days ago. Although Glenn Phillips can also handle the responsibility of wicketkeeping but considering his waist, we have They don’t want to take risks, and it would be better to keep them in the outfield. So Siffert can be seen behind the wicket.”

Toss will be very important

The toss also plays a very important role in Dubai, where 11 out of 12 chasing teams have won so far. In the T20 World Cup 2021 at this ground, only one match was won by the defending team, and that too in the match of the day, New Zealand defeated Scotland. Stead said, “Actually the toss can be very interesting, although the last three matches played in Abu Dhabi and today (Thursday night) in Dubai also the dew was non-existent. Everyone is talking about the dew but in the past. It hasn’t been making much difference since a few days. So I think if we bat first and make a big score on the score board, then it can put pressure on the other side in the final. I agree that if the toss goes in our favour, then even 50% of the match can turn in our favor. But you don’t necessarily win the toss, so we have to be prepared for both the things.”