It is said that winners don’t do different things, they do the work in a different way. It can be said for Team Australia who ended the T20 World Cup winning drought yesterday and won the title by defeating New Zealand by 8 wickets.

Every T20 World Cup winner has done something different, only then he is able to win the title among so many teams. This time Australia did something that no other team was even thinking of doing.

Where a permanent batsman comes to bat at the third order, Australia constantly sent their all-rounder Mitchell Marsh to bat. At the same time, batsmen like Virat Kohli for India, Kane Williamson for New Zealand, David Malan for England used to land.

Although this plan of Australia was being watched by other teams, but no team thought of adopting it. Rather, in the team meetings, this plan may have been termed as foolish.

But gradually this investment made on Mitchell Marsh started showing colors. In total 5 matches, Shaun Marsh’s brother Mitchell Marsh scored 185 runs at an average of 61. It included two half-centuries. The first was played against West Indies.

In this, Marsh scored 53 runs in 32 balls with the help of 5 fours and 2 sixes. But Australia got the biggest fruit of his batting in the final. He scored an unbeaten 77 off 50 balls which included 6 fours and 4 fours. 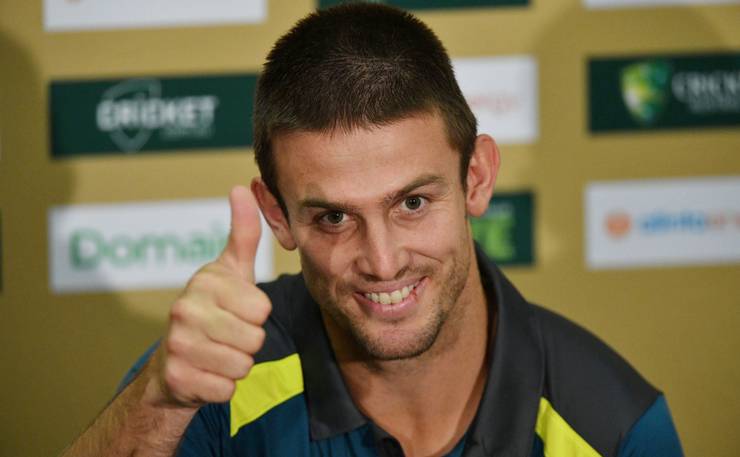 What did Mitchell Marsh do special?

Especially when it comes to the final, Mitchell Marsh counter-attacked the New Zealand bowlers when the wicket fell.

First Aaron Finch and then David Warner when Australia lost wickets, then Mitchell Marsh made sure that there was no extra pressure on the team. After the dismissal of Aaron Finch, he hit Adam Milne for 1 six and 2 fours.

Just after David Warner was bowled by Trent Boult, Marsh hit a six and four off Santner’s delivery. It happened that New Zealand came back in the match with a wicket, which was thinking that the run rate would decrease after the fall of the wicket, it did not happen and the Kiwi team again came under pressure.

On the other hand, New Zealand adopted a defensive approach when the wicket fell. Especially Kane Williamson and Martin Guptill. India did not even think of such a thing in the initial matches. After the fall of the first wicket, it was always Virat Kohli who used to come to the crease and use the ball. This would put pressure on the facing batsman and he would have lost the wicket. (webdunia desk)