DubaiNew Zealand head coach Gary Stead has described the team’s future cricket schedule as busy, difficult and challenging, although he also said that he has no other option.

Stead said in a statement on Monday, “This is the first time we are moving from one tournament to another so quickly. Surely we are going through a hectic, tough and challenging schedule. Our 9-10 players have already reached India and are preparing for the tour. We are sure that we will do well there. ,

It is noteworthy that some New Zealand players have been playing cricketers continuously for some time. First the Test series in England, then the World Test Championship, the series against Bangladesh, the IPL and then the T20 World Cup. 10 players from the New Zealand team were part of the IPL. Apart from this, Jimmy Neesham and Glenn Phillips were also part of ‘The Hundred’ tournament.

On the other hand, Martin Guptill, Mark Chapman and Ish Sodhi have been part of the bio bubble of the New Zealand team for a long time. After the T20 World Cup final, now the New Zealand team has to come to India and play a series of three T20 and two Test matches from 17 November. Those Test players who are not part of New Zealand’s World Cup squad have already reached India. Meanwhile, the New Zealand team management is looking to balance the workload of skipper Kane Williamson, who is battling an elbow injury. He once again felt uncomfortable with this old injury during the warm-up matches before the World Cup, but he played the entire World Cup with this injury. However, impressive pacer Lockie Ferguson, who was ruled out of the World Cup due to injury, is likely to make a comeback.

He has started practicing in the nets. Stead expects him to be available for selection. He also said that the Test series will be his priority and that some of his key players may not play in T20 matches to stay fresh in Test matches. 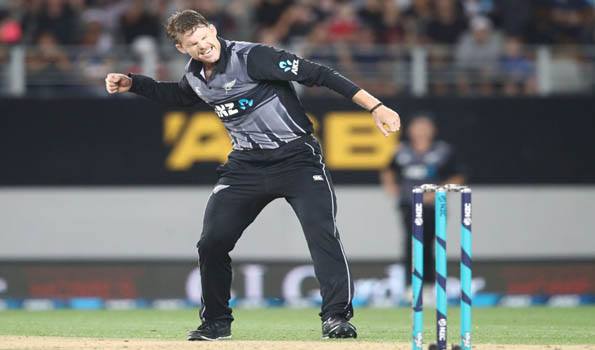 In terms of Lockie, I think he’s pretty close. “We’ll just make sure we get there, travel fine and there’s no problem like confiscation of flight or anything like that. But I hope he is available for selection, which will be fantastic.(talk)